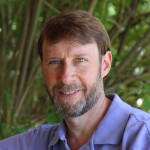 w is singularly qualified to produce this unusual blend of narrative history and business insight.

Trained by pre-eminent American historians like Howard R. Lamar at Yale and John L. Thomas at Brown, Dobrow has long had one eye focused on the past. Yet during a 35-year career as a communications professional, including stints as a top executive at progressive companies such as Whole Foods Market, Sprouts Farmers Market, Flexcar/Zipcar and Discovery Channel, he has developed a deep, forward-looking marketing skill set.

Indeed, he has had a front-row seat to the seismic changes that have rumbled through the marketing industry in the modern era, affording him a unique perspective that forms the basis of this fascinating study of marketing history. Dobrow’s career has spanned the transition from “push marketing,” including traditional advertising, to the development of loyalty programs and “customer-specific” database marketing, to the new breed of “permission marketing” that is characterized by social media and user-generated content. His signature brand of data- and content-driven marketing, rooted in the era of David Ogilvy but blossoming in the world of Google, has earned him a reputation as an industry expert. His efforts have been recognized with numerous awards, including the Hub Prize for Retail Excellence (2012 Silver, 2011 Gold), Advertising Age’s Eco-Marketer of the Year (2007), and three Bellringer Awards from the Publicity Club of New England (1987-89). 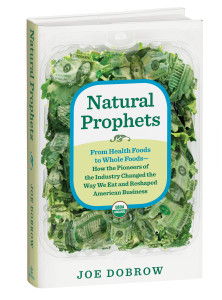 Working for some of the titans of business and sports like John Mackey of Whole Foods Market, Steve Case of AOL, and baseball Hall of Famer Cal Ripken, Jr., he has studied the science of management from the outside and lived it from the inside. He frequently writes about management and marketing topics, and has taught business school classes at University of Colorado Boulder, Yale, UC Davis and Arizona State.

Throughout his career in corporate marketing – crafting web feature articles, annual reports, speeches and ads – and in his work as a print and electronic journalist, Dobrow’s writing style is at once witty, sophisticated and accessible. He has a strong editorial voice and a superb narrative storytelling ability.

These were very much in evidence in his first published book, Natural Prophets: From Health Foods to Whole Foods – How the Pioneers of the Industry Changed the Way We Eat and Reshaped American Business (Rodale Books, 2014). The book received good reviews from Kirkus and Publishers Weekly, and among the praise offered for it was this note from Howard Lamar, the pre-eminent living Western American historian and former President of Yale University: “In my lifetime of reviewing books about American Western and 20th century social history, Joe Dobrow’s Natural Prophets is one of the most important, original, revealing, and significant books I have ever read.”