Here’s the good news about the new Michael Gracey/20th Century Fox film The Greatest Showman.  It’s fun.  The choreography is magnificent.  The costumes are colorful.  Some of the songs are catchy.  And Hugh Jackman does a credible turn in the lead role.

The movie has gotten a great deal of attention, and mixed though generally good reviews.  And, true to the spirit of Barnum, the studio has put together an all-out blitz to generate a lot of publicity, including a live commercial, a light show atop the Empire State Building, a party on the Queen Mary, and ads emblazoned on the outside of Amazon Prime packages.  Impressive. 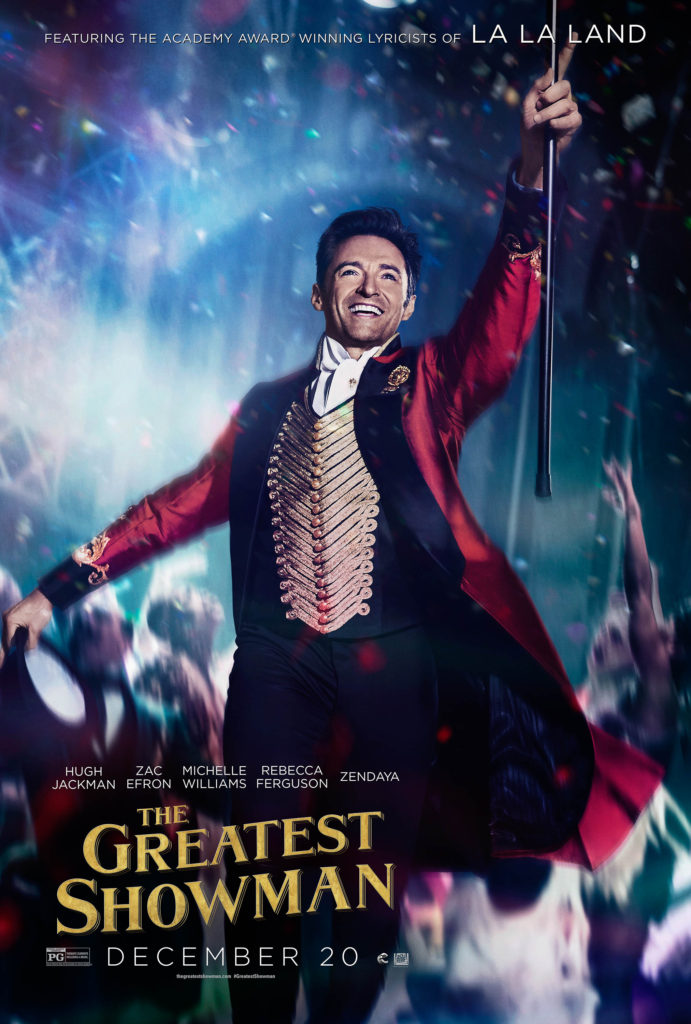 If the combination of all that serves to bring attention back to P.T. Barnum, one of the most fascinating and charismatic men in American history, then it is a good thing.

But from the historical perspective, we might as well just throw the truth into the chipper-shredder, because there is not a great deal of it in Greatest Showman.

Start with the basics.  Barnum was an impresario, but he was not a song and dance man, and he didn’t often appear on stage.  Yes, he was a showman; but his genius – as is well documented in my forthcoming book – was in identifying talent and hyping it, not in performance.  Of course, that wouldn’t make for very good cinema, much less a promotional performance on The Today Show.  But it’s the truth.  He was more Donald Trump than Donald O’Connor.

Then there is Barnum’s American Museum.  The building, which stood at the intersection of Ann Street and Broadway in Lower Manhattan, was a museum even before Barnum purchased it.  It was fun to see it come to life in the film, which faithfully depicted the exterior (save for the fact that there were elevated trains running in front of it in the movie).  But in reality, the Museum was mostly filled with display cases and not performance stages, although it did play host to a number of lectures.  It never housed a real circus.  Indeed, the Museum’s big fire (also depicted in the movie) occurred in 1865, but the “circus” elements truly did not appear in his acts until about five years after that. 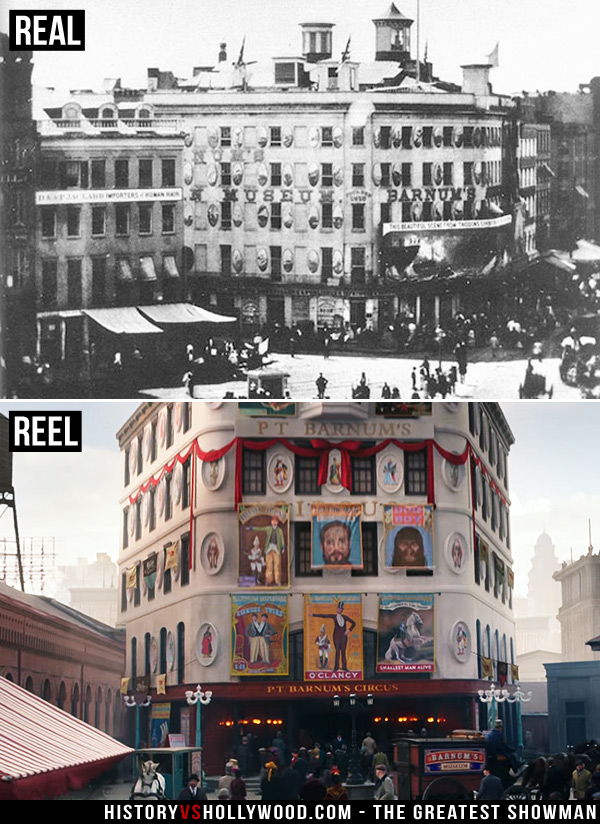 Throughout the movie, timelines are shot all to hell.  The Greatest Showman conflates the Tom Thumb tour of London (1844) with the meeting of Jenny Lind (1850) with the Barnum & Bailey Circus tours of London (1880s).  Barnum’s girls, Caroline and Helen, are shown in the movie as being about 10 and 8 years old at the time of the Jenny Lind tour of America in 1850; in fact, Caroline was then 20 and Helen 10.  No mention is ever made of Barnum’s other surviving daughter, Pauline, who was 4 in 1850.  One of the “freaks,” Jo-Jo the Dog-Faced Boy (a/k/a Fedor Jeftichew), is present during the Lind tour in the movie, although in real life he was not born until 1868.

And there is more.

All of which, again, is OK.  This is a film inspired by real life, not a biopic.  It is a fantasy, and Gracey takes many liberties with it, as Hollywood is wont to do, and as Barnum did with many of his subjects.

But, as Pioneers of Promotion will show, Barnum’s contribution as an advertising genius and one of the inventors of the craft of marketing is actually far more important to American society than anything else he did.  So, now that the memorably syncopated brand of Barnum & Bailey is no more, if the “Greatest Showman’s” legacy is to be carried on to a new generation, we must ultimately balance the histrionics with some real history.